Territory Studio travels back to the golden era of 1930s Hollywood, delving into the development of 'Citizen Kane' in David Fincher's 'Mank'.

The brief was to recreate a section of 1930s Wilshire Boulevard to play on an LED rear projection behind Mank and his wife Sara. Authenticity was key, we wanted to ensure this recreation blended into the background seamlessly and convincingly. The final sequence feels very much as David described in our initial brief: "We’re making a 1930s style film with rear projection, but with the very latest digital technology we’ve been able to improve upon it and transport the audience back to Hollywood’s golden era."

It was a great privilege to work on such a visually stunning movie for an eminent director, and to be able to dive into recreating the period details of 1930’s Wilshire Boulevard. To see the sequence come together in-camera as a perfect blend of old style and new technique is the essence of how VFX should be used.

Starting from an amazing archive clip chosen by David Fincher, and shot for use as rear projection in the ’30s, Territory set about recreating the look and atmosphere required for the story. We wanted to capture the imagery of a new city rising from the sand and dust, distinctly modern, yet with a sense of the Wild West.

Territory was tasked with conveying the sense of lawlessness and neglect in a city without road markings or highway code. Scouting both on the ground in LA and via Google Maps, Territory drew out the ground plan: identifying shops, gas stations and cinemas from the archive footage along which to drive a virtual camera car.

We were given a camera-set up based on a tech recce, which enabled us to set up all the necessary angles. Most of the action would be covered in profile or ‘French over’ with the scene opening on a shot looking forward along Wilshire Boulevard.

By mapping the screen position we were able to check our renders back through Nuke cameras to ensure that they would line up. As we were rendering with a 3D camera, the parallax and the sightlines aligned with what the camera would see if it were actually travelling through the environment as a real location. Effectively, by concentrating our efforts on the areas that would play in the cut we built a digital backlot of Wilshire Boulevard. This is an approach reminiscent of classic filmmaking for which our aim was to avoid unnecessary build and get every penny on the screen. 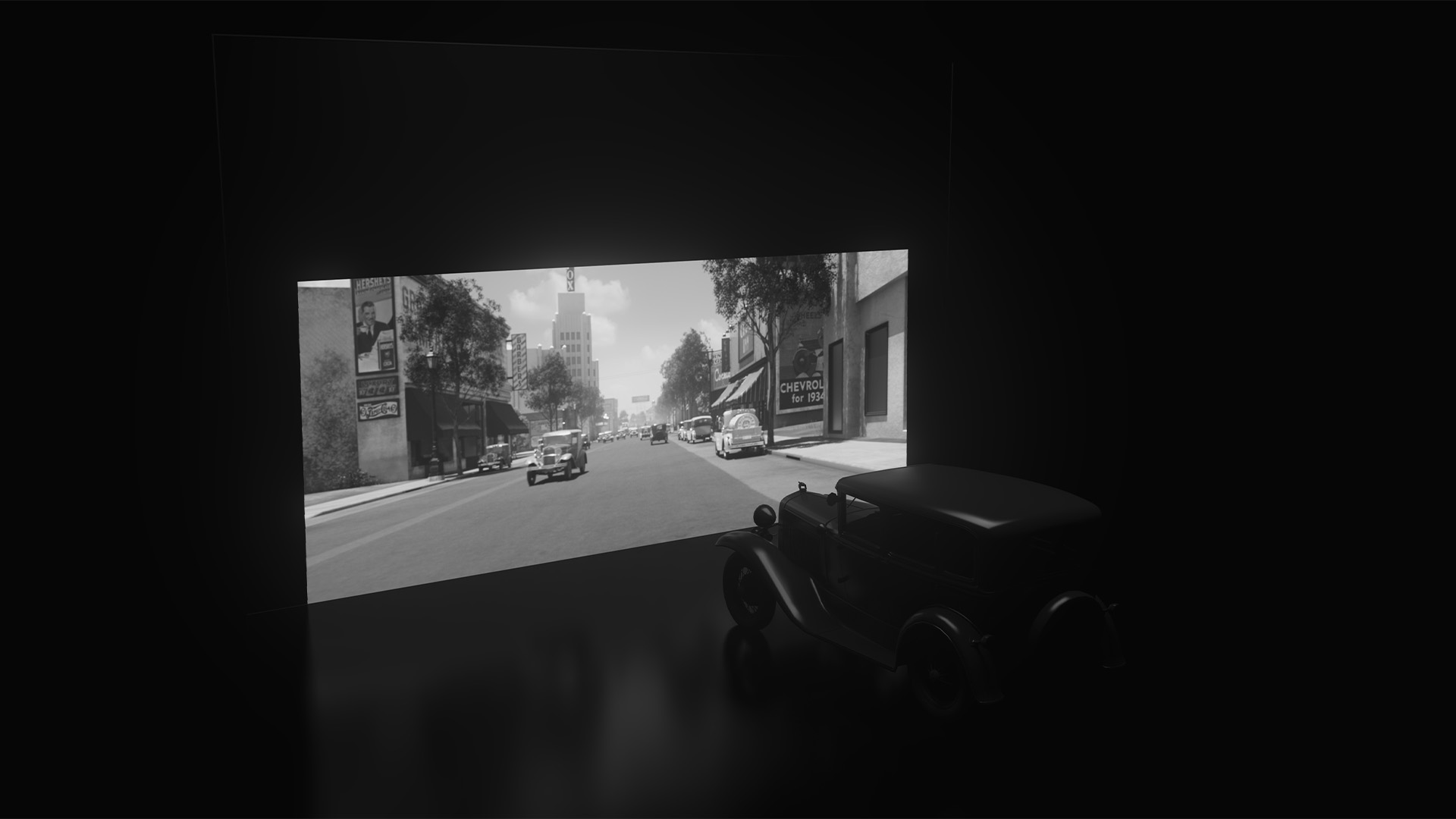 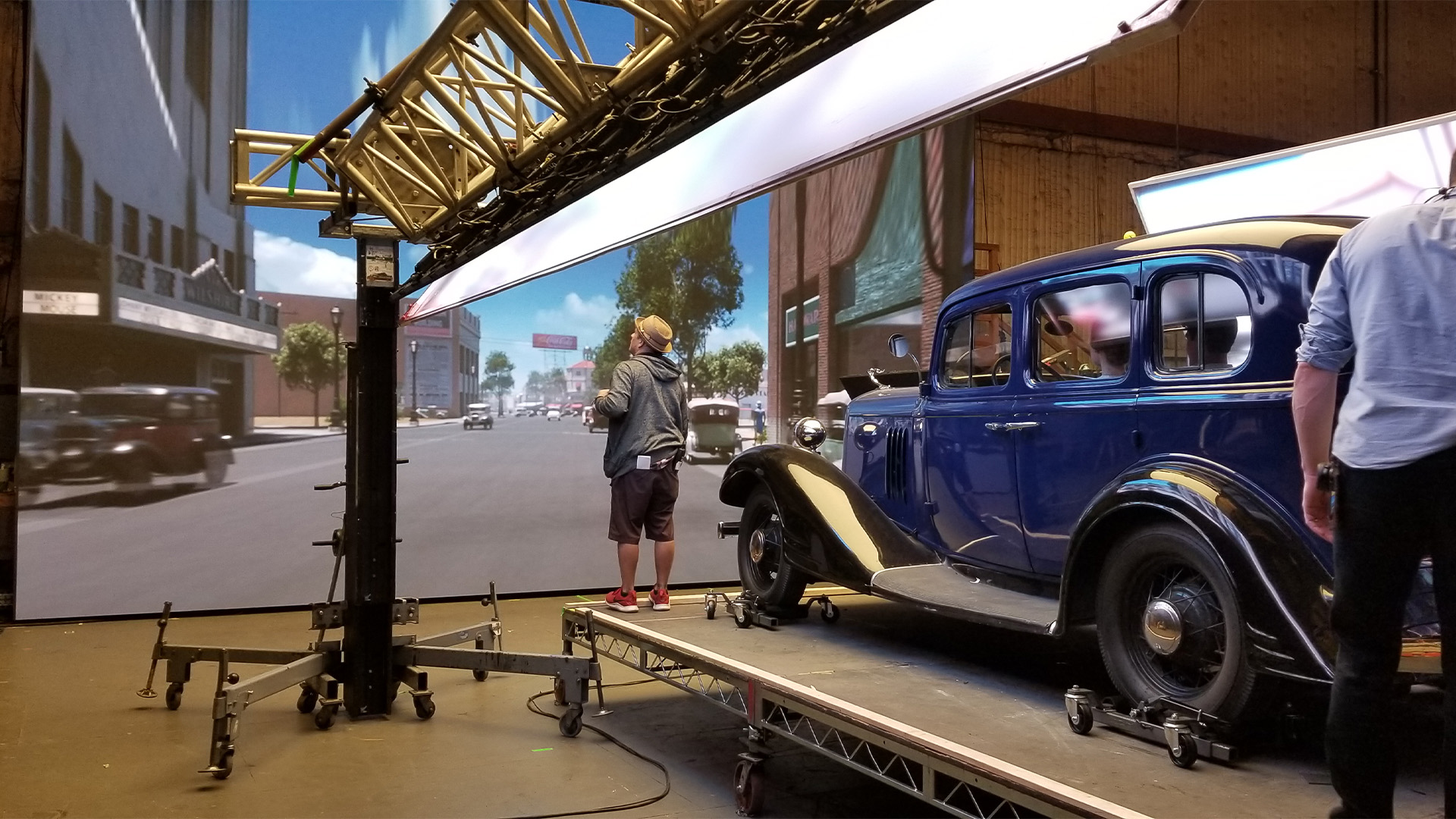 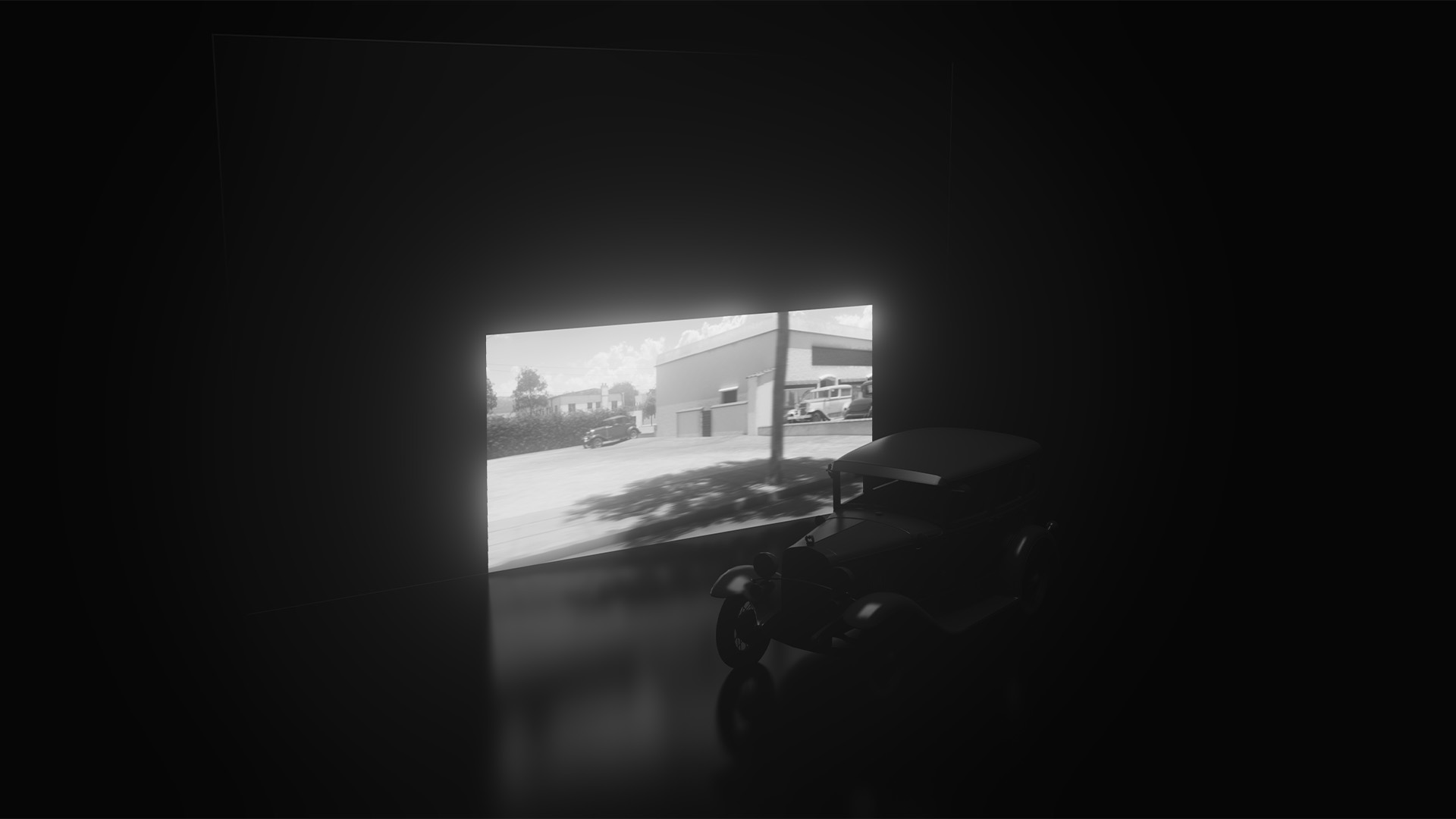 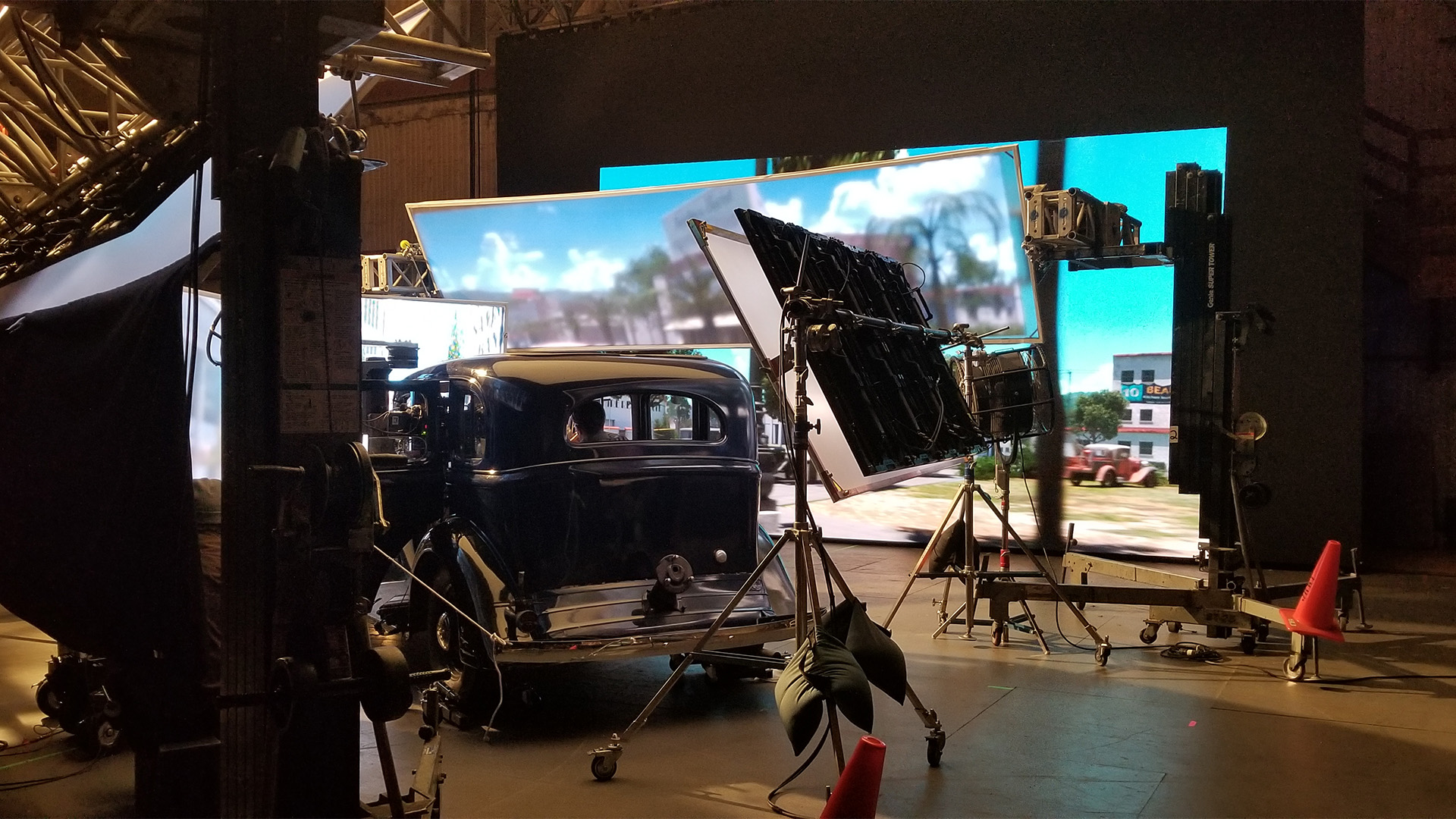 We were asked to extend the run of the render to enable the actors time to develop their performance; and to allow for the two angles toward Mank. With him being the focus of the majority of the cut sequence, we produced a reasonable length that only required a couple of additional sections of detail to bridge between shots.

Fincher wanted to use the classic Hollywood technique of rear projection, with the actors surrounded by the environment in which they were driving; but by utilising the latest LED technology and CG camera projections, along with being able to see the finished picture live on set, the technique was updated and improved upon. By choosing pre-determined camera angles, Territory was able to ensure that every dollar of the budget went onto the screen rather than on areas that would not feature.

Mock on-location images created during look development to cross-reference against archival images to ensure we were capturing the essence of the ’30s look.

Rarely do you get the opportunity to sit down with a director and layout a scene together, but having the chance to work in house with a film-making family was an honour. Black and white film-photography is a huge passion of mine, so it was a match made in heaven.

By having our key creative on-site in L.A. during pre-production and early previz, we were not only able to get direct feedback from David Fincher on the build and animation, but also take key reference photography using black and white stock to match that used on the original ‘Citizen Kane’. Using both 35mm SLR and medium format cameras we were able to explore the characteristics of the stock and the effect of the California light.

The Man Who Fell To Earth VFX