A contemporary military story playing out on submarines, Territory was tasked to create on-set screen graphics with a high level of realism to support this action thriller.

Coming on board in pre-production, we worked closely with director Donovan Marsh, production designer Jon Henson, and consulting Submarine Commanders, to craft technology interfaces that tied into storybeats, complemented the sophistication and authentic detail of each set, and maintained a level of accuracy and plausibility that felt consistent with the plot.
As a submarine’s situation is wholly interpreted through its instrumentation, the UI was intrinsic to clarifying action, driving the plot forward and contributing to dramatic tension. Envisaging the UI as its own character helped to establish a visual language that was utilitarian and detached from the unfolding thriller, accentuating the human drama at the heart of the story.
Complex and ambitious, with a huge number of storybeats to tie into, it was an exciting challenge for the team to balance visual aesthetics with functional realism, and we were able to work imaginatively within the constraints.

Although the film is set in present day, we designed for a range of different vessels, from a state of the art nuclear submarine to the more dated Russian destroyer. In this way we were able to explore a number of visual routes to distinguish each boat and set.

A Virginia class nuclear powered submarine, the USS Arkansas was the most ambitious set, with over 40 live screens in the unique gimbal-mounted control room. Essentially, we created a working set that featured screens that corresponded to each and every situation in the film. This was especially true of the Arkansas control room in which the screens featured quite heavily. All screens on the set had to reflect the position and status of the sub, so that the director and DOP could frame shots and pick angles as they saw fit without having to worry about consistency of the screens in the background or deciding to feature a screen as a hero at the last minute.

War Room, US Department of Defence

We created the screens for the War Room, which again supported action and story.  The direction we were given was that this is an state of the art facility in the US Department of Defence, so we envisaged an adaptable and flowing operating system that allowed for the visualisation of various levels of information and intelligence.  A muted colour palette and small adjustive movements in the animation suggested an environment that was constantly monitoring multiple streams of information.

The interfaces we were tasked to design for the Russian Command Centre reflect the utilitarian aesthetic of the set and a more dated technology, providing a clear contrast to the interfaces seen on-set of USS Arkansas.

For some systems, we had solid references from real subs but of course many of the specifics of a submarine control centre – particularly where weapons are concerned – are strictly classified. A real-life Submarine Commander was on hand to advise on the verisimilitude of what we were designing but there was a limit to what he was permitted to divulge. Some systems we had to think of the function and the data the screens would convey and make an imaginative leap. We could check with the commander that these had the correct “feel”. 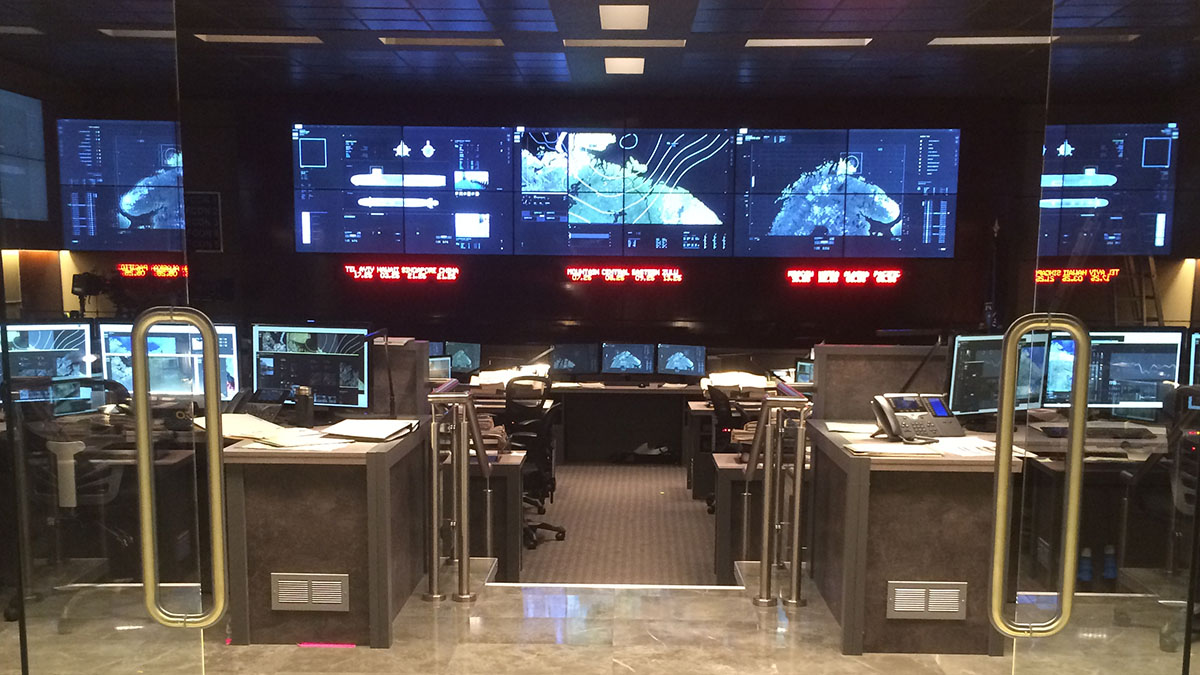 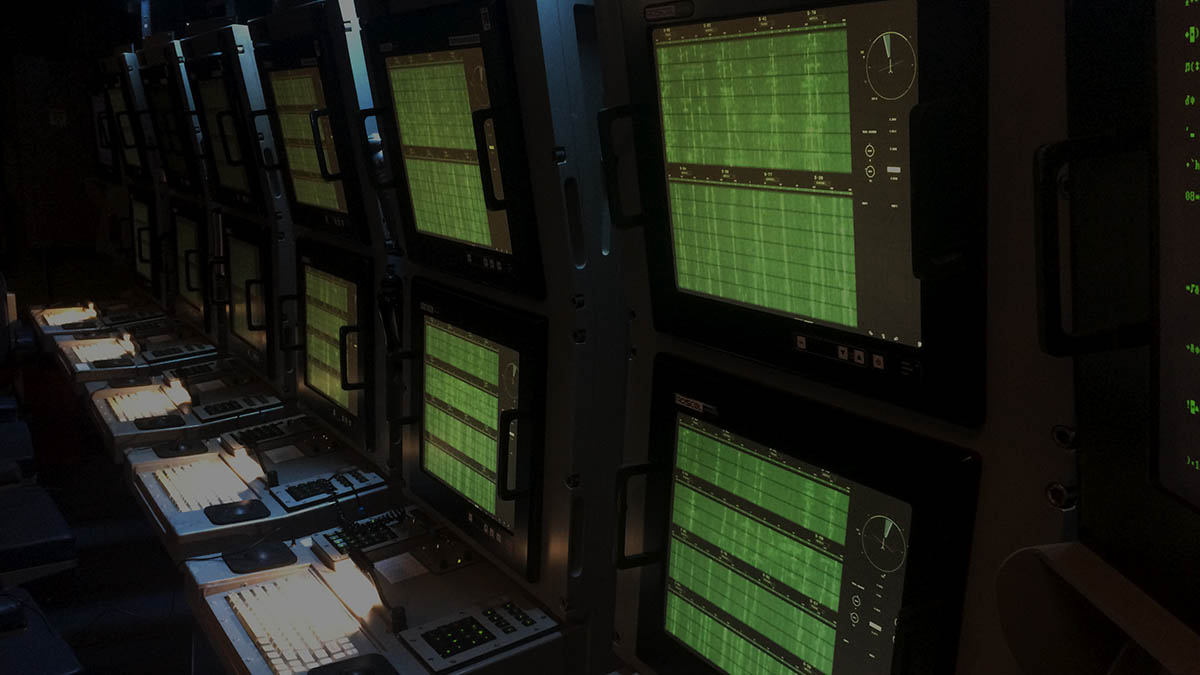 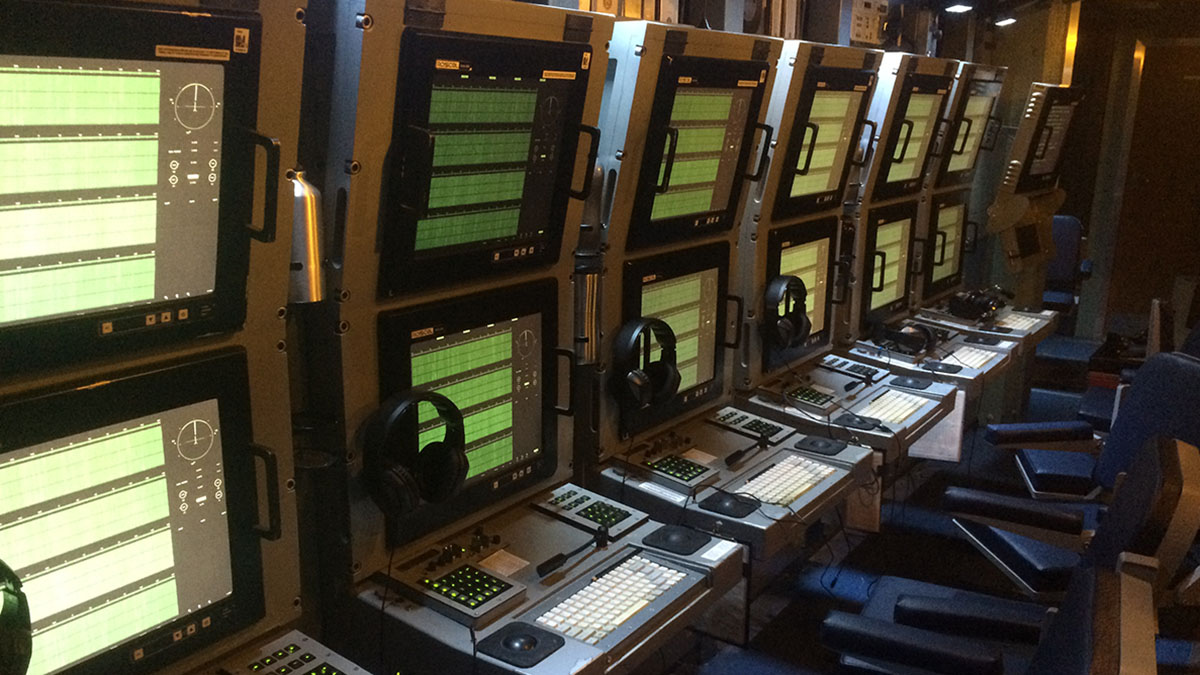 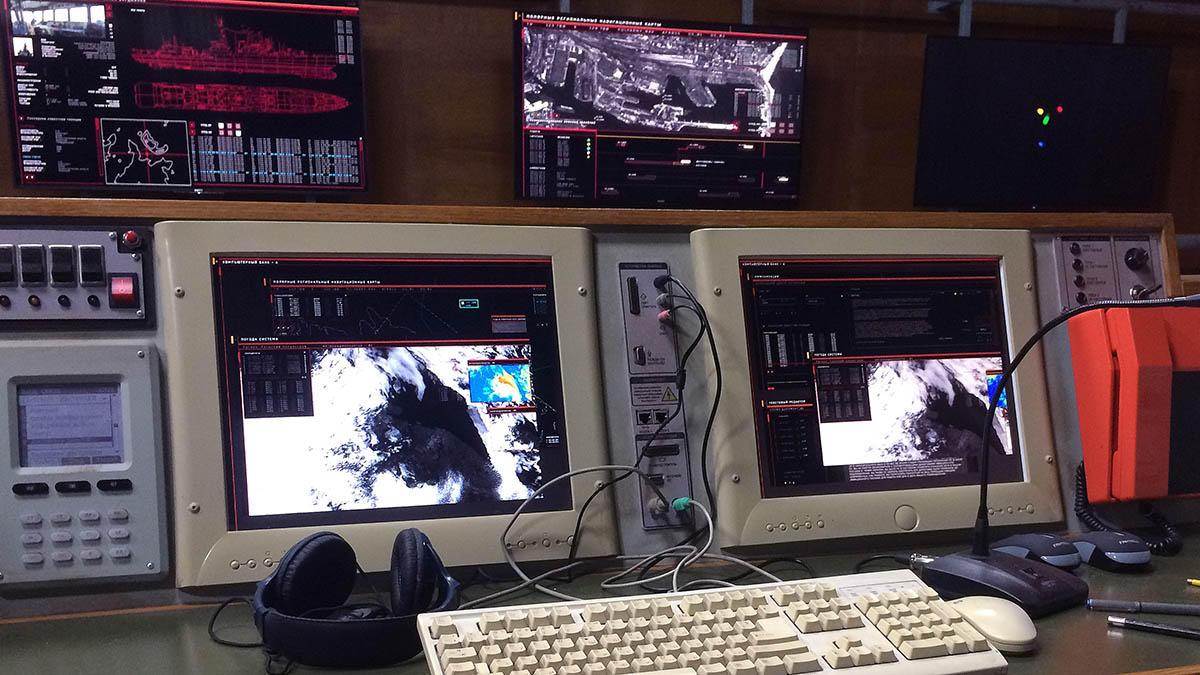 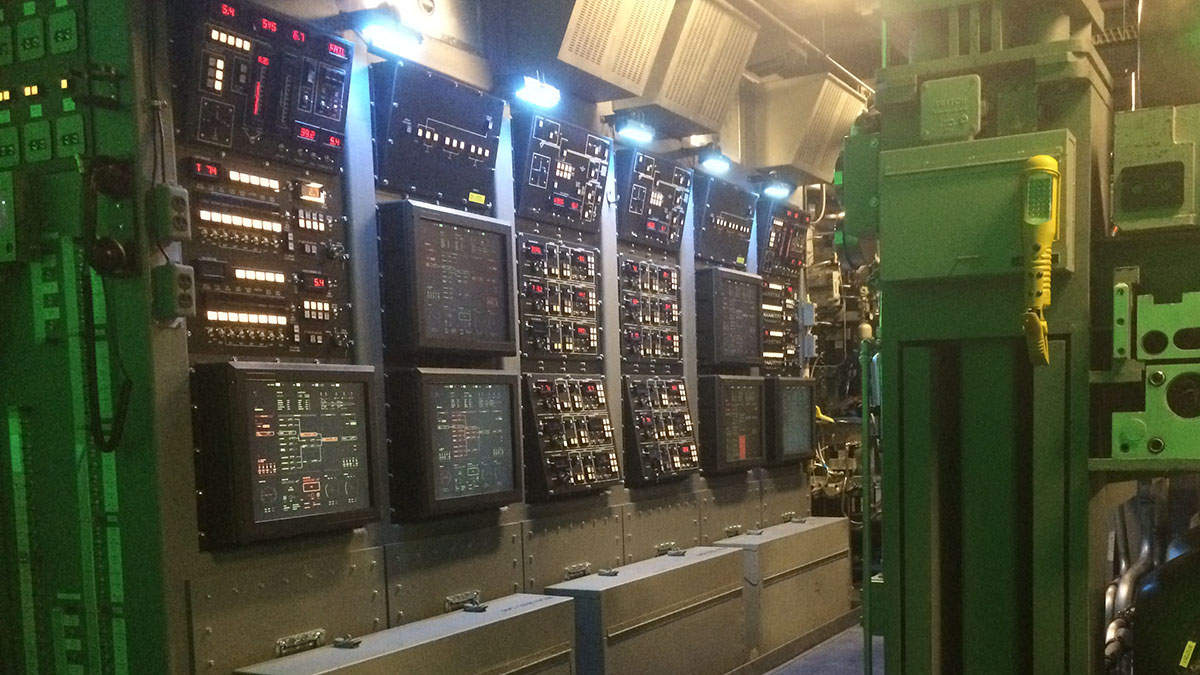 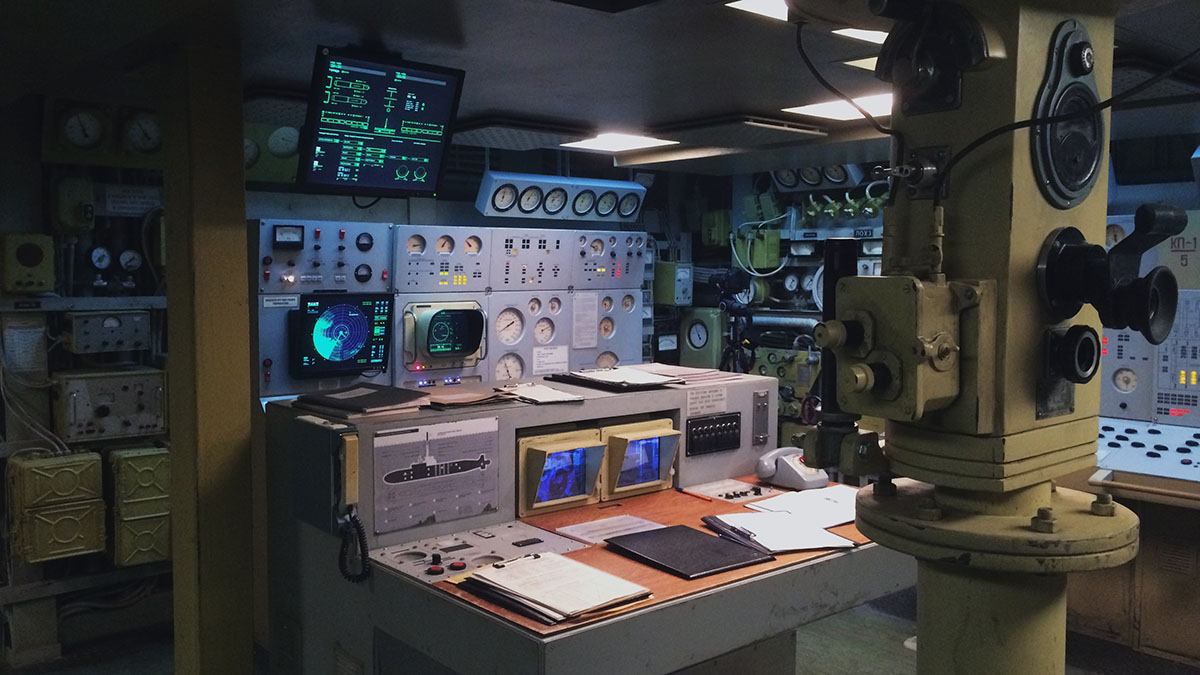 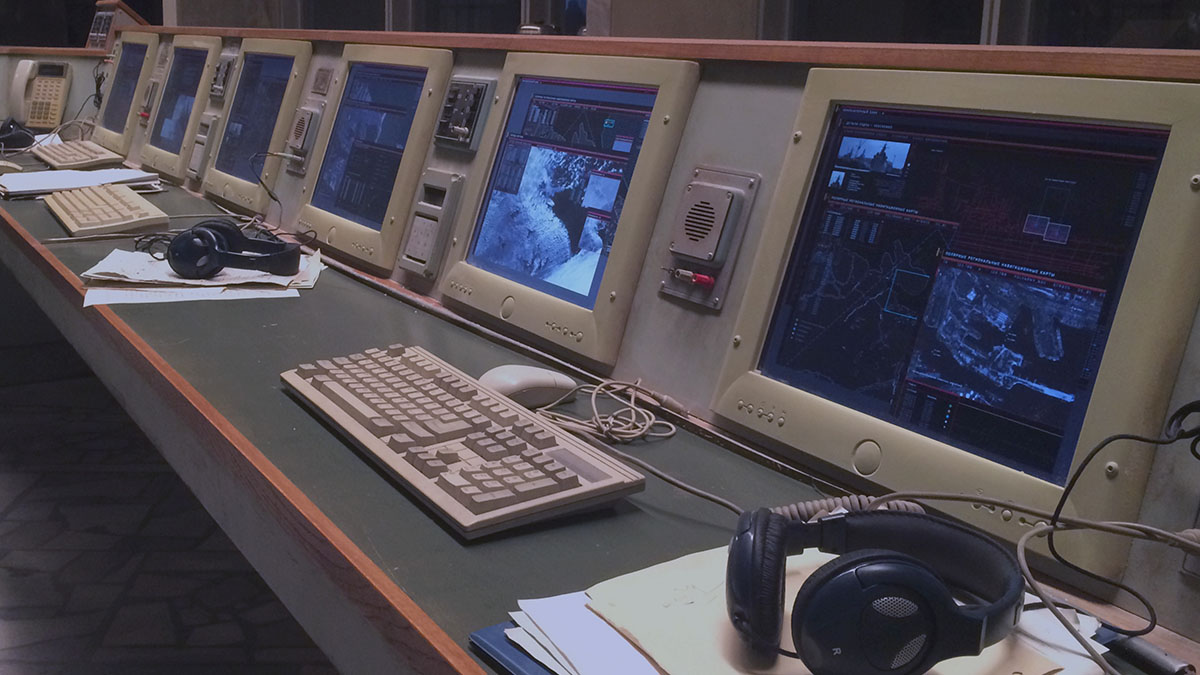 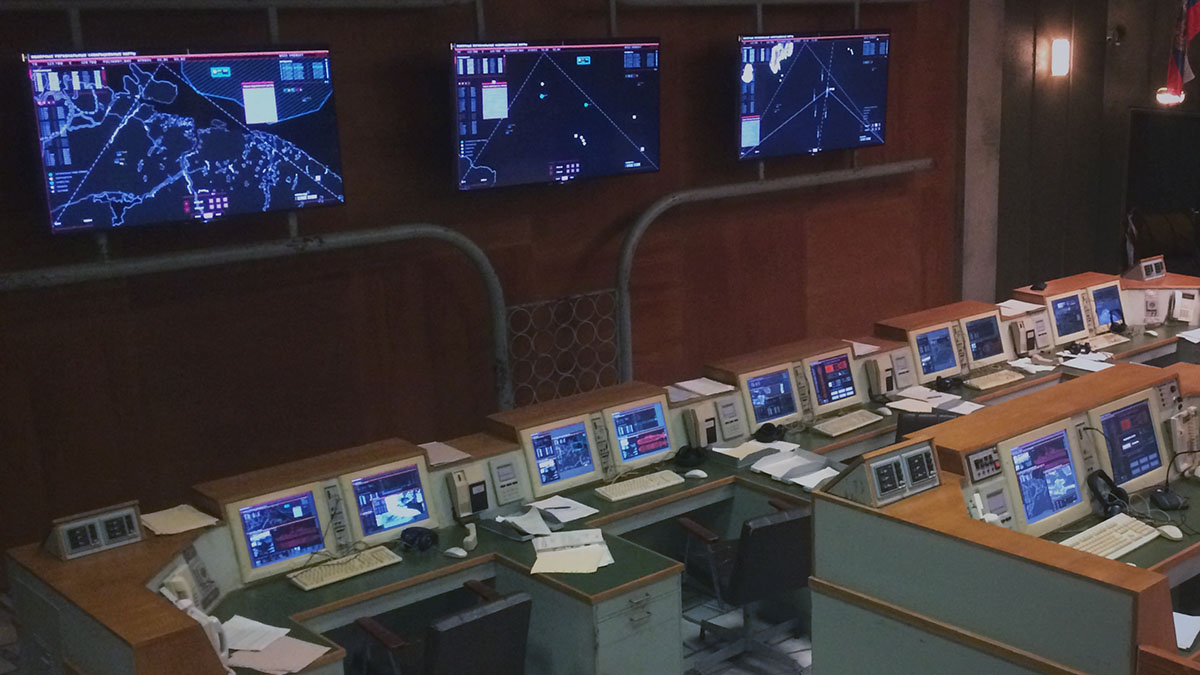