Star Wars™: Squadrons is a space combat game set in the Star Wars Universe, giving players the choice to help the Rebellion fight for freedom or enforce order for the Empire. We were tasked with creating the four cinematics which take place between the different stages of the game, recapping the state of play and setting up the next phase, each in a single seamless shot and feeding in layers of 3D, 2D, photorealistic and stylised design, in a dynamic and unique way. We animated all the Star Wars ships to the specific nuances applied in the game, briefed through different personnel from the client-side and from Lucasfilm.

Refining the look of the cinematics was an interesting process as the desired look wasn’t yet decided, and the game was still being designed. As a result of working within these dual development streams our work ended up influencing the look of the final game as well as the cinematics. There was a desire to create a look that honoured the original trilogy, of which the timeline of this game sits within. One of our reference points was the work of artist Drew Struzan, whose incredible painted posters defined the look of the 80s cinematic experience.

The Imperial look and colour palette is so simple and high contrast, and its characters and ships are so iconic and ordered that it becomes a very enjoyable world to work in.

The Rebel resistance factions are disparate and varied, made up of a diverse group of beings from around the galaxy. The tones are earthy and organic, the shapes a collage of borrowed elements reflecting their patchwork nature. 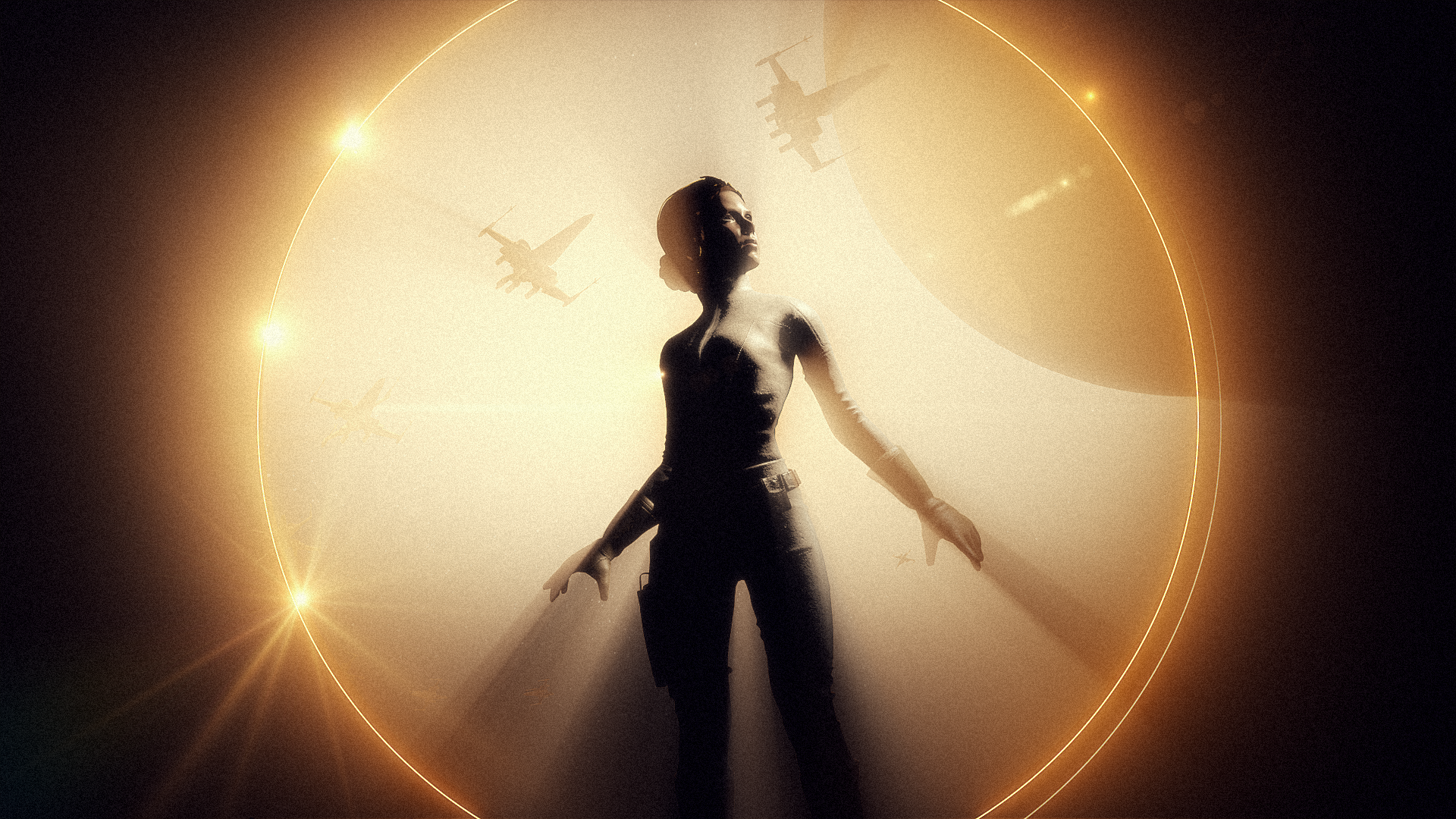 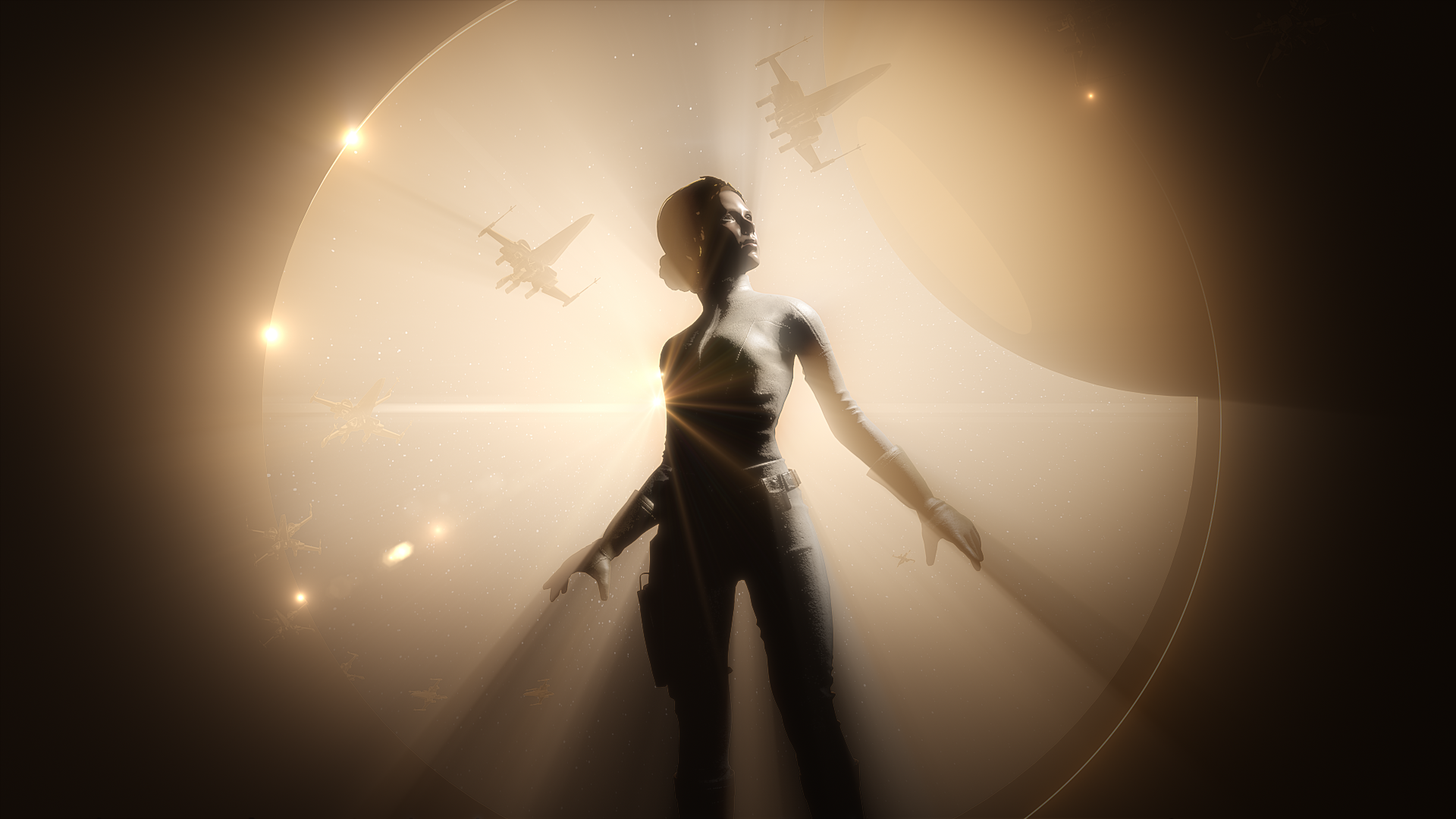 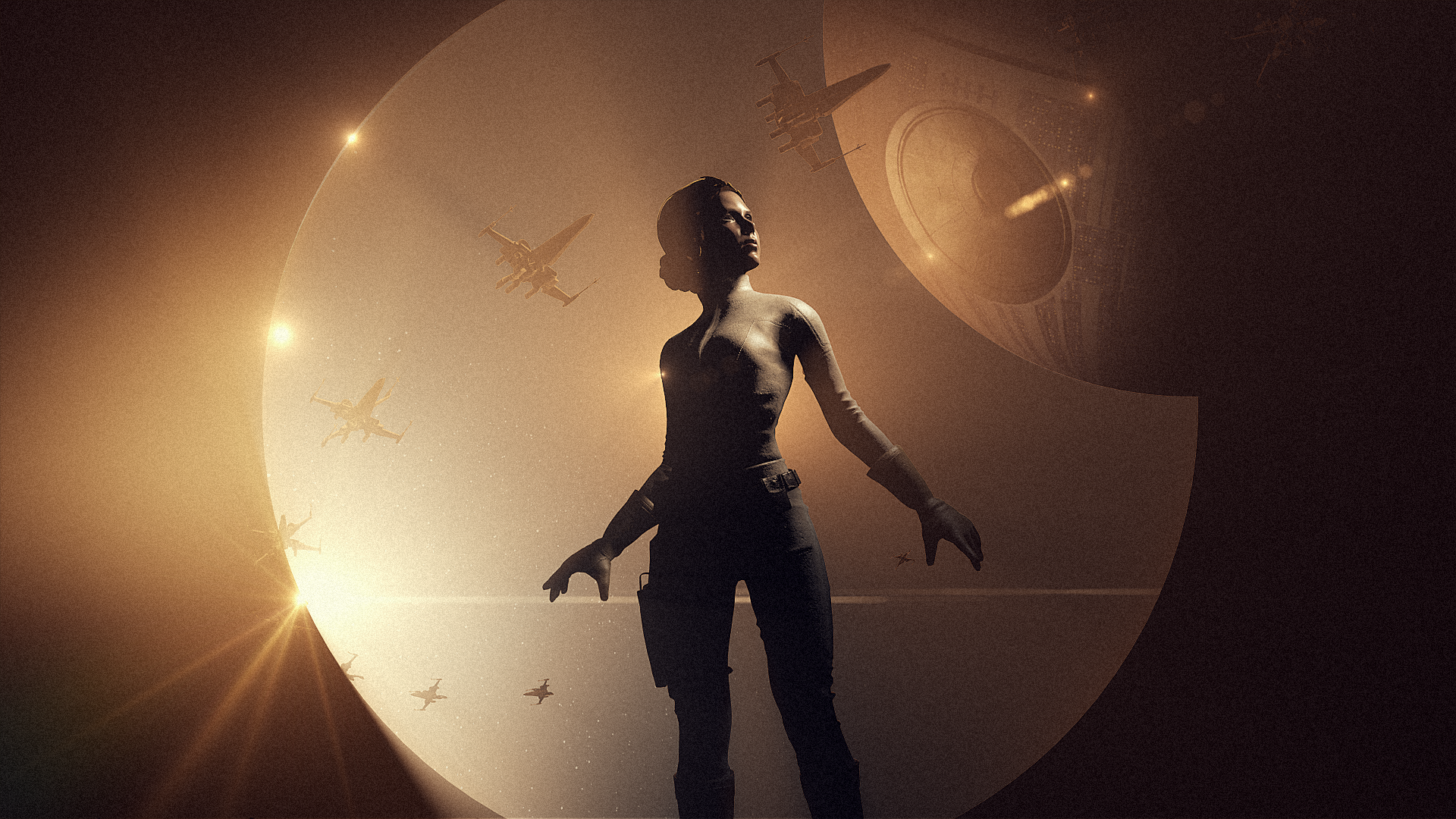 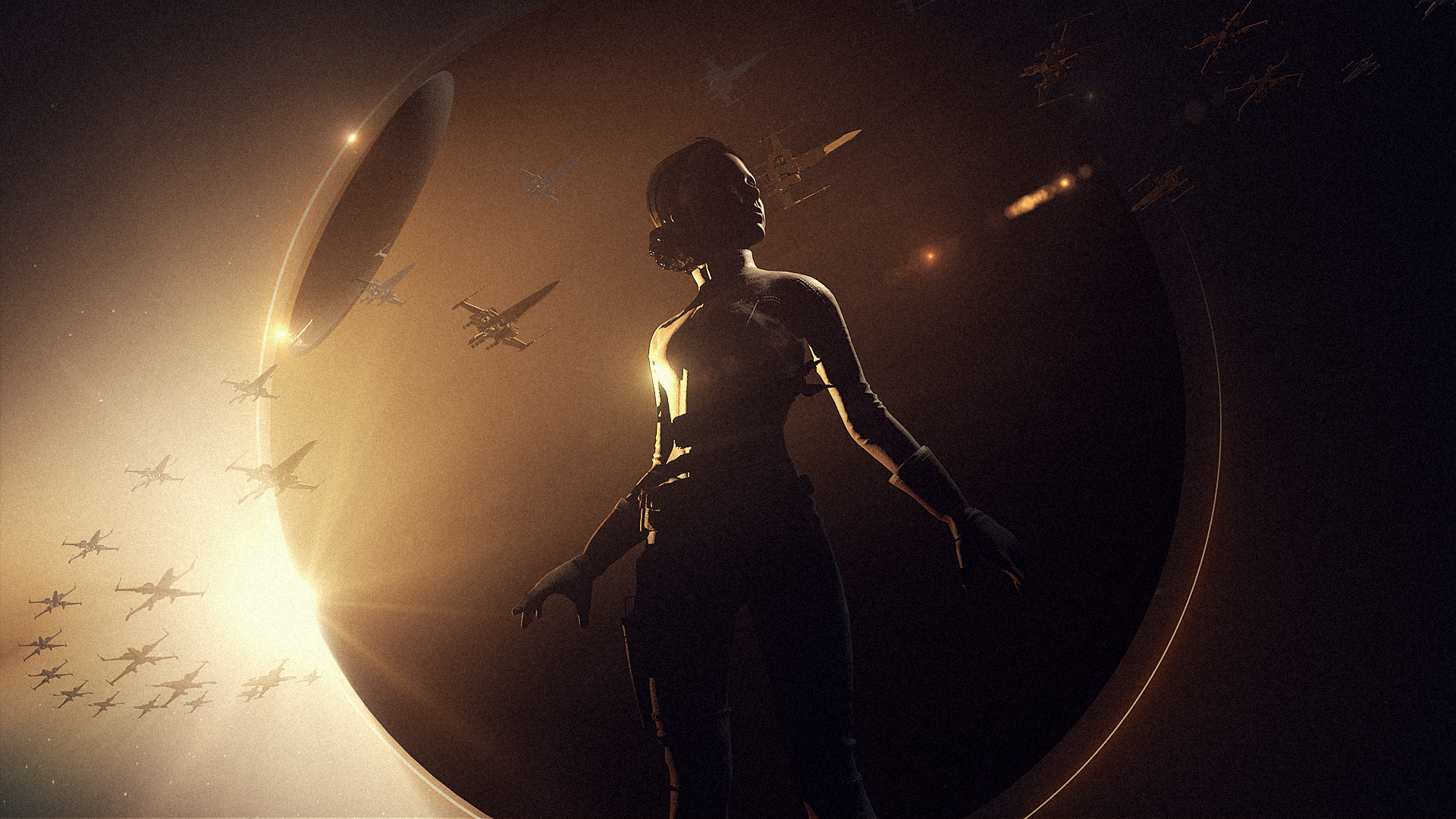 Working within the familiar, nostalgic Star Wars universe was a joy in its own right – what kid hasn’t dreamed of flying an X-Wing down the Death Star trench? But being asked to tell cinematic stories of this kind and to adapt to the technical challenges they brought elevated the experience for us and we applied ourselves to it with enthusiasm and rigour. It was an incredibly fun project to work on.

We spent a lot of time looking at ways to try and integrate the two different worlds – nicknamed Maverick Realism and Tactical UI. Again using Drew Struzan’s work as a reference point, we looked at a lot of ways to create ‘living poster’ set-piece moments which we would fly between, allowing our key characters to propel the narrative.

An initial brief to create moments in time that showed both character and UI elements led to these early explorations.

As with all narrative work we started with a script and fleshed out the ideas on paper first. Knowing we needed a cinematic approach and were looking for key poster-style moments meant we could tether our boards around these moments, looking for cues in the ships, livery, hardware and characters that we are all so familiar with.